Anyone who knows me is aware of the fact that when I visit The Temple Mount I go out of my way to be kind to all – tourists, the police, the Arabs. Beyond that, I am totally obedient to any request or instructions of the police.

The same was the situation this past Thursday – they told me to speak more softly, go here, go there, go slow, go fast – every request has been met in full.


As a licensed tour guide, I guided a group of Likud activists, this was the fourth group already that Thursday.

Everything seemed to be fine.

As we concluded, we shook hands with the policemen and officers that had accompanied us.

We thanked them, they said goodbye and even expressed that it was a successful visit, and it was all over.

Each one of us turned his way. I received a call from another group asking me to join. I came to the main entrance, went through the routine inspection and everything was fine.

Just before we actually entered the mountain, an officer came and told me I was detained for disturbing the public order on the Temple Mount. I was quite shocked. After an interrogation, I still have no idea what I am accused of.

I told the investigator that today was no different than the hundreds of other times I guided groups in the past. They ignored my protests and notified me of an unlimited ban from entering the Temple Mount.

As a matter of fact, while I was waiting at the police station, the police officers who earlier escorted me around the mountain entered the station and asked me what I was doing there. I told them that I was being arrested for disturbing the Temple Mount order. They asked me “when? But you were with us!” Then they were taken in to a room and someone “explained to them the issue.” One by one they came out and passed me without meeting my eyes.

I genuinely have no clue as to what the story is. Maybe there was some agreement with the Waqf (the Jordanian charity in charge of the Temple Mount compound) that the police will keep me away and they will stay quiet. Maybe it was an act of revenge against me for my criticizing the police – I really have no clue. It is absolutely clear that some decision was made about me, regardless of my real actions.

I have 15 groups scheduled for the coming month. This is my entire life and my main income. I’m the Father of a family of 8 children. Unfortunately, there is no one to talk to.

The group that was with me are very angry and want to send to the authorities a letter titled “blood libel,” though this is not my style. My lawyer issued a legal letter but I’m afraid it won’t do much good.

I think the main reason the police can get away with such behavior is that we gave up the Temple Mount. If Jews were part of the natural landscape on Temple Mount, things would be different. 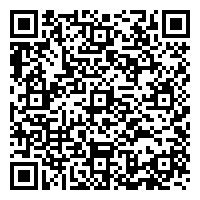