“We will never know exact numbers” of drowned refugees fleeing the Middle East and East Africa for safe haven in Europe, Medecins San Frontieres (Doctors Without Borders) tweeted Saturday, estimating that as many as 900 had died last week. The United Nations High Commissioner for Refugees (UNHCR) said on Sunday that more than 700 had drowned.

According to Reuters, some 14,000 refugees have been rescued since last Monday, but there have been reports of at least three boats sinking. The number of dead is estimated based on survivor testimonies. These included Saturday interviews with immigrants at the Sicilian port of Pozzallo, resulting in accounts of a large, motorless fishing boat that capsized on Thursday with a large crowd of women and children on board.


According to testimonies, when the boat capsized, 25 passengers swam to the towing boat, and as many as 90 others were saved by 3 boats with MSF rescue personnel. 15 bodies were recovered, which means that at least 550 died, according to the UNHCR.

The rescued refugees last week included Eritreans, Sudanese, Nigerians and other West Africans. The boats have mostly left from Libya, where many women said the smugglers had beaten and raped them.

On Friday, an Italian Navy ship collected 45 bodies and rescued 135 people from a semi-submerged rubber boat, which normally carries about 300. 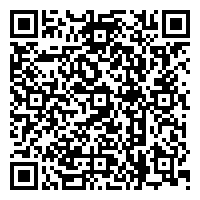