HIAS (founded in 1881 as the Hebrew Immigrant Aid Society), a Jewish American nonprofit organization that provides humanitarian aid and assistance to refugees, this week signed a memorandum of understanding (MoU) with the UN Refugee Agency (UNHCR). This is the first MoU that UNHCR has signed with a faith-based organization.

In 1904, HIAS established a formal bureau on Ellis Island, the primary arrival point of European immigrants to the United States at that time. Many of the Jews traveling in steerage on the steamship lines across the Atlantic refused the non-kosher food served on their journeys and arrived at Ellis Island malnourished and vulnerable to deportation on medical grounds. In 1911, HIAS installed a kosher kitchen on the Island. Between 1925 and 1952, HIAS’s kosher kitchen provided more than a half-million meals to immigrants; in the peak year, 1940, 85,794 meals were served. The Society also provided religious services and musical concerts at Ellis Island. It ran an employment bureau and sold railroad tickets at reduced rates to immigrants headed for other cities. Beginning in the mid-1960s, HIAS assisted a new Jewish exodus from the USSR, sometimes upsetting Israeli Aliyah officials who accused the agency of diverting potential olim to America.


Since 1975, HIAS has changed its policy and is directing its resources to assist refugees and immigrants of all religions, ethnicities, nationalities, and backgrounds. In 2018, the very vast majority of refugees receiving the agency’s assistance have been non-Jewish.

UN High Commissioner for Refugees Filippo Grandi said that the MoU “formalizes our long-standing partnership with HIAS. We deeply value their exemplary work and advocacy for refugee rights in the US and globally.”

The two organizations have worked together for decades, primarily in the Americas.

The agreement seeks to strengthen collaboration and advocacy in the areas of legal protection, gender-based violence prevention and response, community-based mental health and psychosocial support, economic inclusion, and resettlement.

The MoU also aims to support the implementation of pledges made by HIAS one year ago at the First Global Refugee Forum, by highlighting innovative partnerships that help to: 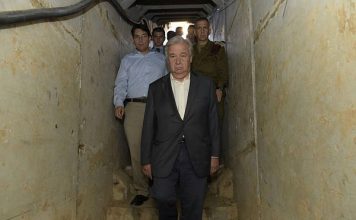 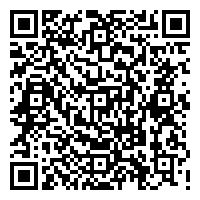