Turkish security personnel say they believe the Da’esh (ISIS) terror group was behind Tuesday night’s suicide bombing on the Ataturk Airport in Istanbul.

At least 36 people were killed in the attack and more than 140 others were wounded.

The three terrorists armed with AK-47 Kalashnikov assault rifles were stopped at the first security control point, just outside the international departures terminal, where passengers are required to present their bags for inspection and x-ray viewing.

It was at that spot that one terrorist opened fire and then detonated his explosives vest, according to Turkish Justice Minister Bekir Bozdag. As police returned fire, at least one and possibly two other terrorists detonated explosive vests, setting off massive multiple blasts.

There was a report that gunfire emanated from the direction of a nearby car park; it is believed the shots came from police aiming at the terrorists, but at least one report indicated the gunfire may have come from one of the terrorists.

Police sources quoted by the Dogan News Agency in Turkey said “ISIS is behind the attack” but added it is still too early to confirm those links. No group has yet claimed formal responsibility for the attack.

All arrivals and departures from Ataturk Airport have been rerouted to other airports.

Israeli officials from the Consulate in Istanbul who checked the hospital where victims were taken said none of the wounded foreign nationals were known to be Israelis.

All Israeli diplomats who were at the airport at the time of the attack were accounted for an unharmed, according to the Foreign Ministry in Jerusalem. Israeli officials are continuing to check for possible Israeli victims.

Just one day earlier, the U.S. State Department had warned American citizens of increased threats from terrorist groups throughout Turkey and to avoid travel to southeastern Turkey. “Foreign and U.S. tourists have been explicitly targeted by international and indigenous terrorist organizations,” the warning read.

“U.S. citizens are reminded to review personal security plans and remain vigilant at all times,” the warning stated. 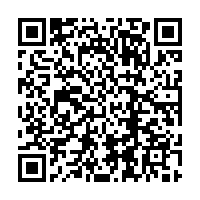