An Israeli man was injured Tuesday night in a stoning attack by Arab terrorists while driving on the Hussan bypass road near the Jewish community of Beitar Illit, in Judea. His identity was not released, but he was reported to be in good condition.

In addition, several private vehicles and an Israeli public bus were also damaged in the attacks.


At least one firebombing attack in the area also caused a fire on the side of the road when the explosive, a Molotov cocktail, landed and started a blaze.

Israeli security forces were summoned to the site to search for the attackers.

The Hussan bypass road has increasingly become a magnet for Arab terrorists who target drivers with stoning and firebombing attacks as they are forced to slow down which traveling along a curved stretch of highway.

“The IDF is having difficulty with the current policy of bringing quiet to the region, while drivers are continuing to endanger their lives and those of their passengers on a daily basis,” military journalist Noa Sofer Magid wrote on the Hebrew-language 0404 site Tuesday night, in connection with the attacks.

The Hussan bypass road is located about two minutes’ drive south of the capital, just on the other side of the southern checkpoint at the entrance to the tunnel road into the southern neighborhoods of Jerusalem. 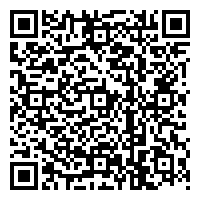