A Joint committee of the Foreign Affairs and Defense and the Internal Affairs and Environment Committees, headed by MK Avi Dichter (Likud), on Wednesday recommended that the Knesset plenum extend by another year the emergency provision in Israel’s Family Unification Law.

The provision, the Citizenship and Entry into Israel Law, which was first enacted in 2003 at the height of the Second Intifada, restricts the ability of residents of Iran, Afghanistan, Lebanon, Libya, Sudan, Syria, Iraq, Pakistan, Yemen, the West Bank and Gaza Strip to automatically gain legal status in Israel under the Family Reunification Law.

The provision has been the subject of a tireless match of wills between the Supreme Court, which prohibited making the provision permanent, and the Knesset, which has voted to extend the temporary act as an emergency measure every year since 2004.

Ahead of this year’s vote to extend the act, the joint committee heard testimony from experts and security officials on the effects of the provision.

A representative of the Shin Bet internal security service (Shabak) testified that those seeking reunification with family members in Israel pose a security risk due to the possibility that they would be used to carry out terror attacks or engage in espionage. According to the Shin Bet, 104 citizens or legal residents allowed into Israel under the Family Reunification Law have committed crimes of terrorism from 2001 to 2016. Of those 104, 17 had married Israeli citizens, while 87 were relatives of individuals who had married Israelis.

The Shin Bet official also noted that Arabs joining Israeli society under the Family Reunification Law were playing an increasingly vital role in terrorism. He noted that 73% of terrorists with Israeli citizenship who had committed acts of terror against Israelis since the beginning of the terror wave last September were beneficiaries of family reunification.

Of the 104 terrorists who entered Israel last year, 30 have engaged in terror attacks over the past nine months, the Shabak official said.. He also noted that they were responsible for 13% of all attacks in the recent terror wave.

Attorney Noam Kehan told the joint committee that more than 12,500 people have applied for legal status under the Family Reunification Law.

Attorney Tal Hassin of the Association for Civil Rights in Israel said the procedure in which the temporary act is extended is “improper” and “harms tens of thousands of men, women and children whose only ‘sin’ is that they are Palestinian and are therefore viewed as a security threat.”

MK Ahmad Tibi (Joint Arab List) said “no one is claiming that [those who applied for legal residency status] were themselves involved in activities aimed at harming the security of the state. There is not even one case. How is the Shin Bet’s argument different from the approach of [MK Bezalel] Smotrich (Habayit Hayehudi)? The sons who are born are likely to carry a rifle and carry out a terror attack? This proves that the law is not based on any security-related concern. It is only implemented because you view a love story of a Palestinian couple as a plot against state security.”

MK Anat Berko (Likud) said, “The citizens of Israel have a right to live in security. This is not an arbitrary decision, and the cases speak for themselves. We are in favor of love stories, but if everyone claims there is apartheid [here], why do they want to move the center of their lives [to Israel]? These people can be easily influenced, and they have no real connection or commitment to the country.” 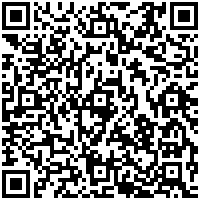