The Color Red incoming rocket alert warning system did not activate, apparently because it was determined that the missile would miss populated areas.


The rocket did indeed land in an open area, authorities reported, and security personnel are searching for the impact site, which radar tracked to the Eshkol Regional Council district.

There were no reports of physical injuries or property damage anywhere in the district.

Al Qaeda and Da’esh (ISIS)-linked Salafi Muslim terror groups have been responsible for most of the recent rocket fire that has been launched recently at Israel from Gaza. These global jihad groups have spent the past several years locked in a power struggle with Hamas, hoping to win control over the enclave.

Nevertheless, Israel holds the ruling Hamas terrorist organization responsible for any attacks emanating from the region. The IDF retaliates “proportionally’ for rocket and mortar fire that crosses the border into Israel. 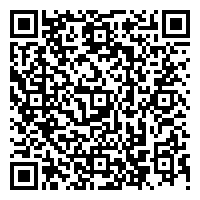