Rockets launched at Jerusalem on Sunday, Aug. 24, were “fired from a compound of three schools in Shejaiya” a neighborhood in Gaza, confirmed the IDF Spokesperson Lt. Col. Peter Lerner.

In response to the terrorists’ launch, the Israel Defense Force targeted the site and achieved a successful hit. The incoming rockets towards Jerusalem were intercepted by Israel’s missile defense system.


It appears the IDF has finally hit upon an effective way of communicating so that it is not always in a defensive role of after-the-fact explaining why it struck a particular target in an area in which civilians either reside or are sheltered, as has happened so many times during this and other conflicts. To wit: they immediately explain the basis for a particular site being targeted.

Now, when Said Arikat of Al Quds newspaper demands the State Department Spokesperson condemn Israel for targeting schools at tomorrow’s State Department press briefing, at least the information is already available as to why that site was struck. It may not deter Arikat or other pathological denouncers of Israel, but at least those willing to seek the facts will have them readily available.

More than 140 rockets or mortars were fired on Israel from Gaza on Sunday. The ones reaching near Jerusalem were intercepted by Israel’s Iron Dome defense missile system, near the city’s northern suburbs of abu Ghosh and Beit Shemesh.

One rocket fired from Gaza on Sunday landed in central Tel Aviv. No injuries or damage was reported.

One location at which Gazan rockets did result in injuries and damage was at the Erez Crossing between Israel and Gaza. Three people were injured from that mortar, two seriously. The assault resulted in the Crossing being closed.  Keep that in mind when you hear about the audacity of Israel in preventing the free flow of goods into Gaza.

Hamas Admits: Gazan Doctors Were Trained by Israel to Deal with Coronavirus 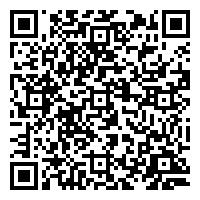