Russia and Israel are partners in the struggle against Holocaust denial, says Valentina Matviyenko, head of the Federation Council of Russia.

Matviyenko attended a memorial ceremony in Netanya on Wednesday together with a number of regional council members and members of Knesset at the National Monument Commemorating the Victory of the Red Army Over Nazi Germany.

“The Netanya monument is a symbol of a shared memory and symbolizes the brotherhood of nations,” Matviyenko said, referring to Russian-Israeli partnership and friendship.

She also mentioned the current challenge faced by both Israel and Russia in fighting against false narratives of World War II and the Holocaust.

Knesset Speaker Yuli Edelstein also spoke at the ceremony and expressed his gratitude on behalf of Israel for the Soviet victory over Nazi Germany.

“This is an expression of our profound gratitude to the Red Army,” said Edelstein. “This impressive monument has also been central in allowing us to salute and remember the past. It has allowed us to build the present and the future here in Israel.”

Edelstein expressed his desire for the Russian-Israeli relationship to continue advancing and growing. “I hope that we succeed in tightening the cooperation between Israel and Russia, and the Chairman of the Federation’s visit expresses this important task,” added Edelstein.

The National Monument Commemorating the Victory of the Red Army Over Nazi Germany was inaugurated in June, 2012 at a ceremony attended by Israeli President Shimon Peres and Russian President Vladimir Putin. 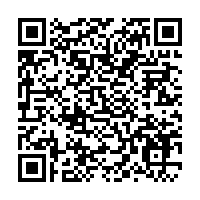