Jerusalem (TPS) – Prime Minister Benjamin Netanyahu expressed his gratitude to Russian President Vladimir Putin on Sunday for signing a presidential decree ordering the return to Israel of an IDF tank that was captured 34 years ago during a ferocious battle in the First Lebanon War.


“I thank the president of Russia, Vladimir Putin, that he responded to my request to return the tank from the Battle of Sultan Yacoub to Israel,” Netanyahu said.

The tank, used by the IDF during the Battle of Sultan Yacoub during the First Lebanon War on June 10, 1982, was captured by the Syrian army and eventually transported to the Soviet Union, then a Cold-War ally with Syria. The tank has since remained in Moscow, stored in a museum of armored tanks.

MK Rabbi Eli Ben-Dahan, the former deputy defense minister, was an officer in artillery unit 7054 that helped rescue a battalion of Israeli tanks trapped by a Syrian ambush in Sultan Yacoub, Lebanon.

“We fired the whole night, and in the morning the battalion was rescued – except for that one tank and the three missing soldiers, whose fate is still unknown today,” Ben-Dahan recalled to Tazpit Press Service (TPS), referring to the continued mystery behind three IDF soldiers, Zachary Baumel, Zvi Feldman, and Yehuda Katz, who went missing in action during the Battle of Sultan Yacoub. During the entire battle, 30 Israeli soldiers were killed and eight tanks were lost.

“Hearing about the return of the tank sends me back 34 years,” Ben-Dahan told TPS. “It gave me chills.”

Ben-Dahan also expressed hope that the tank’s return might bring news about the fate of the missing soldiers, though he said he cannot comment on any discussions or progress toward that goal.

Netanyahu raised the issue of returning the tank with Putin last month, after having received a request from IDF Chief of Staff Gadi Eisenkot.

“For the families of the soldiers missing in action, Zachary Baumel, Zvi Feldman, and Yehuda Katz, there is no trace of the boys nor a burial plot to go to for 34 years now,” noted Netanyahu. “The tank is the only evidence of the battle, and now it will be returned to Israel thanks to President Putin’s response to my request.”

A delegation from the IDF’s Ordnance Corps is in Moscow working with representatives from the Russian army to transport the tank back to Israel as soon as possible. 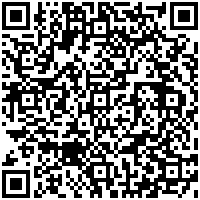