Russian Foreign Minister Sergey Lavrov told Secretary of State John Kerry in a phone conversation Tuesday to stop trying to use the Middle East Quartet and the United Nations Security Council as a forum to reflect the bickering between the Democrats and the Republicans, TASS reported Tuesday night, stressing that “the conversation was initiated by the American side.”

The Russian foreign ministry issued a statement saying, “The two top diplomats exchanged views on the situation in the Palestinian-Israeli settlements and around it. Lavrov stressed the necessity of creating conditions for direct talks between the leaders of Israel and Palestine and warned against bringing the US domestic agenda into the work of the Middle East Quartet and the United Nations Security Council. He stressed that attempts to use these formats in bickering between the Democrats and Republicans are harmful.”

“Touching on bilateral relations, the Russian minister once again stressed the inadmissibility of the Barack Obama administration’s course to further undermine the basics of normal cooperation between Russia and the United States,” the ministry said.

“The parties discussed the ways to settle the Syrian crisis in the light of the agreements reached at the recent trilateral meeting between the Russian, Turkish and Iranian foreign ministers, aimed at ensuring ceasefire across Syria and stepping up the war on terror,” the statement continues. “Lavrov pointed out that if Washington eased restrictions on arming Syrian rebels, so that portable air defense systems could be provided to them, tensions may increase as well as the death toll.” 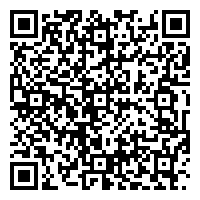