No classified information was hacked, but the invaders were able to read President Obama’s personal correspondence with diplomats and e-mails concerning policy and legislation.

The invasion, although it did not reach classified information, could be extremely embarrassing for the Obama administration. It is assumed that the hackers were working with or for the Kremlin.

“This has been one of the most sophisticated actors we’ve seen,” one senior American official told the newspaper. “It’s the Russian angle to this that’s particularly worrisome,” another senior official said.

The president reportedly writes on personal emails about subjects ranging from his golfing to efforts by Republican Congressmen to hamper his proposed deal with Iran over its nuclear program.

If the mails reach the office of Russian President Vladimir Putin, he might learn secrets about how President Obama missed an easy putt on the 17th hole, or perhaps what he really thinks about Sen. Bob Corker, who initiated the bill that would require Obama to submit to Congress for review any final deal with Iran.

If President Obama wrote to a diplomat about what he really thinks about Putin, the Russian president will read some unflattering remarks, assuming Obama does not see him as a “warm friend.”

And what does Obama write about Prime Minister Binyamin Netanyahu in his emails? He also is probably not described as a “warm friend.”

The White House is not revealing the content of the material that was hacked in order not to hint to the Russians how much investigators know about the computer invasion.

And perhaps the Russian hackers now know what many Americans would like to know about Hillary Clinton’s use of her personal account for State Dept. correspondence.

President Obama not only knew about Clinton’s routine of using her personal account for government business but also wrote to her on her private account, “hdr22@clintonemail.com.”

After Obama told CBS News that it was “through news reports” that he’d learned that Clinton was using her personal account, White House Press Secretary Josh Earnest said, “The president — as I think many people expected — did over the course of his first several years in office trade emails with the secretary of state.”

The Republican National Committee accused Obama of misleading the American public by having said he knew of Clinton’s practice “through news reports.”

Any questions about Obama’s correspondence with Clinton can be directed to the Russian hackers. 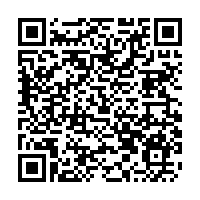