A Jewish Community Center in Moscow was firebombed this week by unknown assailants, but it’s not yet clear whether the motive was anti-Semitism, or simple vandalism, according to Ynet.

No one was injured when the Molotov cocktails hit the building, but the facade was damaged.

Footage from security cameras at the site shows one of the attackers approaching the building, lighting the bottle with its rag soaked in gasoline, and then hurling it at the Center in a blaze. 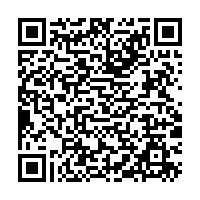