The Russian Federation of Jewish Communities (FJC) on Tuesday accused the Duma’s Deputy Speaker Pyotr Tolstoy of undermining international peace and called on the Parliament to rebuke him for his statements concerning the handing over of St. Petersburg’s St. Isaac’s Cathedral to the Russian Orthodox Church, Interfax reported.

Tolstoy told a press conference that “the people who are the grandchildren and great-grandchildren of those who pulled down our temples, and jumped out from the Pale of Settlement to the revolver in 1917, and today are working in very respectable places – on the radio, in the legislatures, continue the work of their grandfathers and great-grandfathers.”


“We usually hear such statements from irresponsible instigators of anti-Semitic campaigns,” the FJC stated. “When we hear this from the mouth of the State Duma deputy speaker at an official press conference, it directly undermines inter-ethnic peace in the country and stirs up tension.”

FJC President Alexander Boroda characterized Tolstoy’s words as “the same old, false anti-Semitic myth, whose obvious deceitful nature is clear to any educated person.” He said he “hopes for an appropriate management response from the State Duma and the United Russia party.”

Yedinaya Rossiya (United Russia) was formed in December 2001 by loyalists of President and former Prime Minister Vladimir Putin, and has led Russia ever since.

PM Tolstoy responded to the complaint on social networks, saying “only people with a sick imagination, who do not know the history of his country” can see in his words “the signs of anti-Semitism.”

“Someone obviously likes to label, in an attempt to [cause a national rift],” the State Duma Deputy-Speaker shot back. 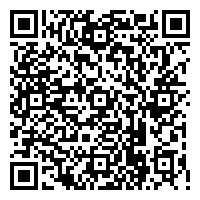