According to a report from the national initiative for the integration of ultra-Orthodox in high-tech, a collaboration of the Joint and the Israeli government, in recent years, many Haredi workers have moved to high-tech jobs, but despite this, only 2.9% of the Haredi public are employed in the high-tech industry. According to the Central Bureau of Statistics, at the end of 2021, Haredim constituted about 13% of the total population in Israel.

The study, which was reported on Sunday by Israel Hayom, was conducted by the research company Askaria, which specializes in the Haredi sector, using a representative sample of 3,065 Haredim or former Haredim, who are interested in studying and working in high-tech.


According to the survey, 55% of the Haredim in hi-tech currently work full-time, 66% of them in software development. 44% work for Israeli high-tech companies, and 17% in international companies.

38% of those companies have more than 500 employees and 69% accommodate the Haredi lifestyle. Only 31% of Haredi hi-tech job seekers would join a company that doesn’t accommodate their lifestyle. The survey also shows that only 13% work for high-tech companies with fewer than 20 employees.

Haredi hi-tech employees prefer larger companies for the stability and job security they offer. 64% of them prefer to be on the regular payroll, where the average monthly wage is NIS 15,775 ($4,895). Contract employees working for the same companies earn about 16% less but enjoy greater mobility and the freedom to work for more than one employer.

However, the situation is quite grim when it comes to Haredim who try to join the world of hi-tech due to their inherent deficiencies in core-curriculum subjects such as Math and English. 34% of the Haredim who are interested in working in the field drop out of the preparatory programs where they are offered an opportunity to complete their core studies; 39% during the first year in the hi-tech courses.

49% drop out of the courses due to financial issues; 43% due to difficulty in combining work and learning; and 43% are unable to match the academic requirements in mathematics, English, or programming.

The above disappointing news is consistent with the initiative’s initial analysis of its target audience, as they spelled it out on their website:

Group A – participants who have relevant training in technological fields (vocational training, engineering studies, post-high school studies) and have at least two years of work experience in the high-tech industry (including in technological positions in military or civilian service).

Group B – participants who have relevant training in technological fields (vocational training, engineering studies, post-high school studies) but have not yet been integrated into the high-tech industry.

Group C – participants without training or experience in the high-tech industry, but whose cognitive skills are suitable for this industry.

Economy and Industry Minister Orna Barbivai (Yesh Atid) told Israel Hayom that “the findings demonstrate the need for government intervention in integrating populations into quality employment.” Yes, they do. But the government will also have to come up with a better yardstick to measure the “cognitive skills” that indicate the Haredi Kolel student without English or Math skills who would be able to surmount these limitations and enter the hi-tech job market. 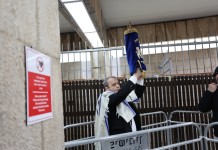 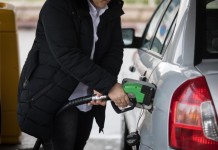 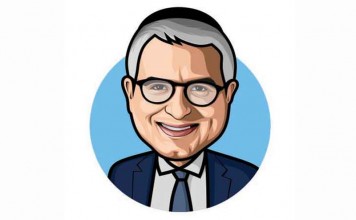