Saudi Arabia said Monday that it and other Muslim countries are ready to bankroll Egypt to make up for any financial aid that the United States might cut.

“To those who have announced they are cutting their aid to Egypt, or threatening to do that, (we say that) Arab and Muslim nations are rich with resources, and will not hesitate to help Egypt,” Foreign Minister Prince

Saud Al-Faisal said in a statement carried by the Saudi Press Agency.

As reported earlier today, The office of Sen. Patrick Leahy (D-VT), head of the Appropriations State and Foreign Operations Subcommittee, told The Daily Beast that military aid to Egypt has been temporarily cut off.

The downside for the United States would be that aid from the oil-rich Saudi kingdom would give it more influence on Cairo, at Washington’s expense.

Both countries share a disdain for the Muslim Brotherhood, which the new military regime ousted but has not been able to contain without the same brutal suppression exercised by Hosni Mubarak, before he was overthrown two years ago.

“Regrettably, we see that the stance of the international community toward the current events in Egypt is contrary to its stand toward the events in Syria,” Prince Saud was quoted as saying by the Saudi Gazette. “Where is its concern for human rights and the sanctity of blood in case of Syria where innocent civilians are being killed every day and where more than 100,000 people have been massacred so far?

“The international community adheres to human rights according to its interests and whims,” the foreign minister added.

He said that a cut in Western aid to Egypt would be considered a “hostile attitude against the interests of the Arab and Islamic nations and their stability.” 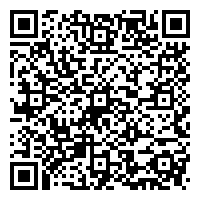