Saudi Arabia has foregone a golden opportunity to recognize Israel and instead canceled contract with a Portuguese company that committed the ultimate sin by flying a Saudi plane to Ben Gurion Airport for maintenance last week.

The landing touched off a sensation on social media and may have been the first time a Saudi aircraft landing in Israel has been seen by the public.


The Kingdom immediately denied the report and stated, “It’s untrue that a Saudi Airlines plane landed in [Ben Gurion] airport.”

In typical Arab Middle East character, Saudi Arabia followed the denial by cancelling its contract with the Portuguese Hi Fly company that is responsible for maintenance for Saudi Arabian Airlines.

The company had been given a contract for air transport to provide Saudi Arabia with planes for commercial operations.

The plane was off duty and under the management of the holding company at the time when it left Saudi Arabia on Sunday, May 3, for Brussels, Belgium, for routine maintenance.

Such landing or operation process should take place in a country that shares diplomatic relations with the Kingdom of Saudi Arabia to enable Saudi staff and the Civil Aviation authority to conduct inspection and follow up on the maintenance operation at any time.

Nevertheless, it is assumed that Israel and Saudi Arabia are in cahoots behind an iron curtain when it comes to making plans to attacks their common enemy Iran, if Tehran gets too close to a nuclear weapon.

It also is likely that Israel exports some products to Saudi Arabia, possibly via East Podunk and packing them in unmarked boxes so no one will be contaminated by a “Made in Israel’ label.

But the kingdom is not yet ready to accept landing a commercial Saudi plane in Israel in broad daylight for maintenance where Zionist hands would keep the airplane in tip-top shape.

Speculating journalists had all kinds of theories why the Saudi plane landed, without passengers, although Press TV, one of the Iranian regime’s propaganda organs, took the opportunity to spin the tale that the plane had at least one passenger, none other than Saudi crown prince Muhammad Bin Nayef who was named last week by King Salman as the new interior minister.

Bin Nayef has been the target of assassination attempts at least four times and is considered a possible future monarch.

Even in the James Bond-like movies of Middle East diplomacy, it is a bit far-fetched to think that Riyadh and Jerusalem would hatch a plot to send the prince to Israel on a maintenance flight, in full view of airport workers.

It is also a bit far-fetched to think that the new kingdom, with all due credit to King Salman’s opening up the monarchy’s anti-Zionist mindset.

Saudi Arabia’s so-called Peace Initiative of 2002 has become the framework for the Obama administration’s diplomatic effort to create a Palestinian Authority country. Fortunately for Israel, one of the Peace Initiative’s clauses is that Israel accept a few million Arabs living in UNRWA refugee camps, a demand that even President Barack Obama is not ready to force on Israel.

In order to remove a shadow of doubt that Saudi Arabia might be changing its position, the kingdom canceled the contract. 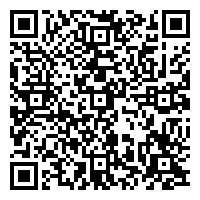