Just a day after William Schabas quit as head of the UN’s anti-Israel Gaza investigation, the UN Human Rights Council has quickly managed to replace him, and they didn’t have to search very far to find exactly who they needed.

Mary McGowan Davis, a member of the Goldstone Report team, the previous anti-Israel UN report, has been appointed to succeed Schabas.


Schabas’s anti-Israel bias was open for anyone to hear, though it was a surprise to many when Schabas revealed in his resignation letter that he had worked as a consultant for the PLO in the past. Apparently Israel had discovered and exposed that fascinating tidbit, forcing Schabas to step down.

Her former investigative partner Richard Goldstone, after whom the Goldstone Report was named, retracted the main accusations of his own anti-Israel report, after it was published.

McGowan Davis on the other hand, continued with her separate report based on the assumption that the report was factual, despite it’s primary author’s retraction.

McGowan Davis said, “Our mandate was to take his report as given and start from there.” – don’t confuse her with the facts.

Obviously if you begin with a false premise you’re going to likely reach false conclusions.

It will be interesting to learn what else Israel digs up on these UN “investigators”. 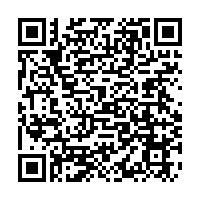