Qatar’s ambassador Hend Al-Muftah lost her bid to become chair of the upcoming United Nations Forum on Human Rights, Democracy and the Rule of Law, in wake of an outcry over her tweets calling Jews “our enemies” and gays “disgusting.”

Instead, Patricia Hermanns, the ambassador of the Bahamas, was appointed to the post.

Al-Muftah’s long record of anti-Semitic and homophobic tweets were exposed by UN Watch, an independent human rights monitoring organization based in Geneva.

In a letter sent last week to the President of the Human Rights Council (see below), UN Watch urged the United Nations to oppose Qatar’s bid to become chair of the human rights forum, which opens in the same week Qatar hosts the World Cup.

“Hend Al-Muftah is a rabid anti-Semite who over a decade has been tweeting vile hate against Jews and gays, while spreading malign conspiracy theories about Western countries. She is the last person in the world who should head a UN forum on human rights, democracy and the rule of law,” Neuer added.

Qatar’s initial chances of winning the post were high due to its influence at the UN in Geneva. Qatar sponsored a $20 million “Hall of Qatar” next to the UN Human Rights Council chamber, and its GDP dwarfs that of Bahamas and Togo, its two competitors for the post. 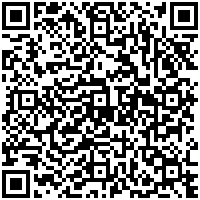