The security cabinet is meeting Saturday night following the two murderous attacks on Jewish civilians in Judea and Samaria last Thursday and Friday. Two ministers, Naftali Bennett (Habayit Hayehudi) and Gilad Erdan (Likud) have pointed a finger at one of the culprits in the wave of terror — Facebook, or, rather, the entire Internet and its social networks. Bennett plans to present a plan to take care of “viral terrorism,” including a demand to deny the use of Facebook and the Internet throughout the Hebron Mountain area, where so many terrorists have originated.

Appearing on Channel 2’s “Meet the Press,” Internal Security Minister Erdan attacked Facebook and its founder Mark Zuckerberg, saying, “Facebook is sabotaging police efforts to capture terrorists.” He even added that “the blood of the murdered is on Zuckerberg’s hands,” and called for a citizen’s rebellion against Facebook.


Bennett plans to demand at the cabinet meeting tonight the arrest of every Hamas activist in Judea and Samaria released in the Gilad Shalit deal who have since committed any violations. This has been done once before during the “Return, oh brothers” operation to locate the three Israeli boys kidnapped exactly two years ago, an act that preceded the 2014 Gaza War.

Bennett also insists on a full-scale military operation in areas A and B which are under PA control officially. He also demands blocking Arab traffic on Route 60, where the drive-by murder of Michael Mark was carried out Friday. “We can no longer continue with the old program,” he said, “we must switch the disc.”

The government meanwhile has ordered several steps in response to the attacks. Prime Minister Netanyahu and Defense Minister Liberman approved a bid for 42 new housing units in Kiryat Arba, the late Hallel Yaffa Ariel HY”D’s home town. The bid had been frozen 18 months ago and thawed on FRiday.

The IDF has imposed a complete closure on Hebron and neighboring villages, which includes roughly 700 thousand Arabs. In addition, the IDF has moved two paratrooper units and one infantry unit to the Hebron area. 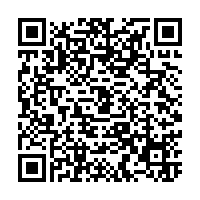