(JNi.media) Jewish agricultural laws aren’t necessarily something the rest of the world easily becomes fixated on, but lately the word “Shemitah” has been popping up frequently in Google searches. From Jeremiah to Nostradamus, anything ancient, or at least time-honored and Jewish can have a mystical resonance to it, and the otherwise mundane topic of Shemitah is no exception. This Rosh Hashanah 5776, on September 13, marks the end of the seventh year, in which the land of Israel, according to the Torah, takes a sabbatical from agricultural activities.

The Hebrew word “Shemitah” means “to release” and it refers to giving the land a “Sabbath” after six years of being cultivated to produce crops. In that year, farmers must stop working their fields and relinquish ownership of the land, and everything that grows is communal property. Today, there are rabbinical measures that allow food to be produced, but they are in line with various interpretations of how Shemitah should be applied in the modern State of Israel. In addition, loans are forgiven in the seventh year, although there are also rabbinic provisions allowing for banks as well as individual creditors to continue to collect on debts.


The Times of India observed a series of mishaps associated with the end of Shemitah, and noted that “Black Monday,” when the Indian stock markets took a dive, happened to occur in the last month of Shemitah. In addition, the Yom Kippur War of 1973 and the Wall Street Crash of 1987 happened during Shemitah years, and the 9/11 terror attack coincided with the end of Shemitah in 2001. The worst financial crisis in the US since the Great Depression also occurred after a Shemitah year, in 2008.

The year that will begin on Rosh Hashanah is not just the year after another Shemitah, but a Jubilee year, or Yovel, in Hebrew, the 50th year after 7 successive 7 year cycles. The Jubilee year has not been celebrated in the Land of Israel for thousands of years, because it involves the return of land according to tribal designations, and since it isn’t clear which tribes today’s Jews belong to (although most are probably from Yehudah or Levi), land can’t be re-apportioned along tribal lines. According to the book of Leviticus, the Sabbatical year is a time when debts are forgiven, slaves are freed, land is returned and the mercies of God will be manifest.

Many Christian websites who have an abiding interest in Jewish lore as it is presented in the “Old Testament” are paying attention to the fact that the upcoming year is the end of Shemitah in Israel and the beginning of the Jubilee year. Those websites detail the correspondence of Shemitah and the Jubilee year to the blood moons and biblical prophecies. Ministers such as John Hagee say that the lunar eclipses on a series of four Jewish holidays are meant to usher in the End of Days. The blood moon (a natural phenomenon that occurs when the Moon hangs low in the sky, just after moon-rise or before it’s about to set below the horizon—red light can pass through the atmosphere and not get scattered, while light at the blue end of the spectrum is more easily scattered, so when we see a red moon, we’re seeing its red light that wasn’t scattered, while the blue and green light has been scattered away) is matched with a prophecy of Joel that says that the moon will turn to blood and signify that “the great and terrible day of the Lord has come.” The fact that the blood moons occur at the same time as the Jubilee year and the potential signing of a UN Peace treaty (with Iran) means, according to some Christians, that the “Rapture” will also take place, followed by the “Second Coming” and the resurrection of the dead. 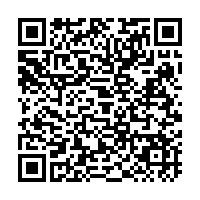