Shin Bet agents together with IDF soldiers from the Yehuda Brigade and the elite Duvdevan Hebron unit captured a suspect in connection with the terror attack on Friday (Nov. 13) that murdered Rabbi Jacob Litman and his son Netanel Litman near Otniel, in Judea. Additional suspects were captured as well.

During the course of the arrest, the murder weapon and vehicle used in the attack were both discovered as well.


Initial investigation and interrogation by the Shin Bet confirmed the suspect’s connection with Friday’s terror attack, according to a statement by security sources. Further details about the investigation remain under a gag order at the present time, the Shin Bet said.

A third family member was also wounded in the attack. The family, from Kiryat Arba, was traveling to a Shabbat weekend in Meitar, located about a mile past the Yattir checkpoint inside the 1949 Armistice Line, in order to celebrate the upcoming nuptials of their daughter.

But instead, Rabbi Litman and his son Netanel, a paramedic with Magen David Adom, were laid to rest Saturday night at 9 pm. President Reuven Rivlin, Jerusalem Mayor Nir Barkat, GOC Central Command Roni Numa, and Deputy Defense Minister Eli Ben-Dahan were among the hundreds of Israelis who attended the funeral as the two family members were laid to rest.

In addition to Netanel’s heartbroken brother and bride-to-be sister, President Reuven Rivlin eulogized the father and son as well. Mincing no words, Rivlin warned the rest of the world: “The scenes of death and bloodshed we have witnessed in Paris, throughout the Middle East, and here in our country, should serve as a warning to us all.

The IDF has pledged to increase patrols on roads in the southern Hebron Hills, where the attack took place, and in general to further beef up security in the region. It is clear the Palestinian Authority Arabs are hoping to frighten those who live in the area and those who travel to and from their communities as well — scare them enough, in fact, so that they will leave.

The answer to such tactics is to stand together, stand strong and to strengthen the settlements. Cowering in the face of terror has only ever emboldened terrorists in the past. 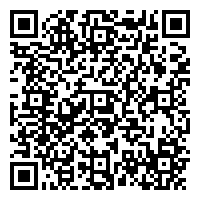