Thank God for Canary Mission, the website that keeps records on anti-Semites in America, otherwise, this reporter would still be scratching his head, staring at this lady who can’t be described as anything but the Arab Karen.

Her name is Lamis Deek, and on a recent afternoon in suburban New York, she stood outside the home of a Jewish family that was in the process of making aliyah. Listen to what she had to say, and then read the background we copied and pasted from Canary Mission.

There’s a wrinkle to the story that isn’t clearly evident from the Facebook diatribe above. The Jewish resident under attack is, apparently, Jacob Fauci, who back in May was caught on video responding to an Arab woman from the eastern Jerusalem neighborhood of Sheikh Jarrah who said he was stealing her home – with what had to be the ultimate stupid comeback: “If I don’t steal it someone else will.”  (Admittedly, the video with his statement was heavily edited and his statements were excerpted from what is clearly a longer exchange.)

Of course, he should have simply said, “I didn’t steal it, you stole it from its Jewish owners, and that’s been proven in court over and over again.”

So that really unwise response earned him the visit of the anti-Aliyah protesters.

We went to Yaacov “Justin” Fauci’s house today to ensure there will be no normalizing zionist violence in our communities @AlAwda pic.twitter.com/ZjiUvZCHlF

She also left this eviction notice on his door in New York:

According to Canary Mission Lamis Deek has expressed support for Hamas terrorists, praised Palestinian Islamic Jihad terrorists, glorified terrorists from the Popular Front for the Liberation of Palestine, and endorsed other terrorists. She glorified violent, anti-Israel protestors and equated Israel to Nazi Germany. She has also demonized Zionism and endorsed anti-Israel agitators. Deek supports the Boycott, Divestment, Sanctions (BDS) movement. Deek co-founded the Al-Awda chapter in New York. In 2016, she was listed as a board member of the New York chapter of the Council on American-Islamic Relations. She is affiliated with the groups that are dedicated to intimidating and terrorizing Jews on US campuses, Students for Justice in Palestine (SJP), and American Muslims for Palestine (AMP). She is also the co-founder and national coordinator of the US Palestine Community Network (USCPN).

Deek maintained a law practice in Manhattan, so you can set an appointment and have her tell you to not make Aliyah in person if you need to be convinced of your decision, one way or the other. We looked at her website, Law Office of Lamis Deek, and she last updated her resume in 2013, when she received the National Lawyers’ Guild Award for International Human Rights Work.

Now you know why. 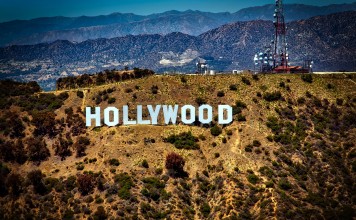 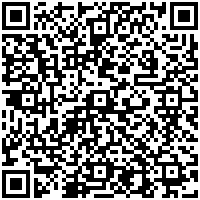