In slightly over a month, at least one million Jews will mark a horrifying event that became the straw that broke the camel’s back in Israel, igniting another war on terror in Gaza.

June 3 corresponds with the date on the Hebrew calendar that marks the abduction of Eyal Yifrach, 19, Naftali Frenkel, 16, and Gilad Sha’ar, 16.

The event is being organized by the families of the three boys, together with Jerusalem Mayor Nir Barkat and the Gesher organization.

The three families also recently celebrated the launching of the Jerusalem Unity Prize, to be awarded for the first time on June 3 as well.

Together with the Jerusalem municipality, Gesher and Israel President Reuven Rivlin, the three families celebrated the launch of the Jerusalem Unity Prize several months ago. It is intended to commemorate and further the Jewish unity that was seen when the entire nation of Israel came together to pray and help search for the missing boys.

The three boys were kidnapped on June 12 by Hamas terrorists while hitchiking home from yeshiva in Gush Etzion on a Thursday evening. They were murdered in cold blood shortly after they were grabbed; a shooting that was heard on a recording made by Israel Police when one of them managed to dial the emergency dispatcher in a desperate cry for help.

It took nearly three weeks for search and rescue teams and volunteers to locate their bodies in a shallow grave, hastily dug in a field in Halhul. During that time, Jews in Israel and around the world came together in an unprecedented show of unity to pray, demonstrate and otherwise show their support for the families and other Jews.

The bodies of the three boys were found on June 30. 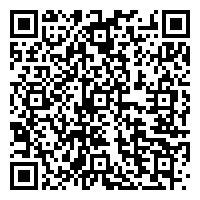