In Tuesday’s daily press briefing conducted by the State Department spokesperson Marie Harf, several members of the media insinuated that it was Israel that raised the issue of Jonathan Pollard’s release from prison, as a condition for continuing the U.S. mediated “peace process” negotiations currently underway.

In fact, in a briefing that lasted less than 35 minutes, more than a third of the time was spent on the issue of Jonathan Pollard, and every one of the questions asked by the State Department press corps appeared to be an effort to convince the State Department that what they all characterized as an Israeli effort to get Pollard released was an outrage.

Throughout the questioning, Harf maintained a solid line of no comment. She refused to comment on whether Pollard’s release was a matter under discussion during the “peace talks.”

The one definitive statement made repeatedly by Harf was “the President has not made a decision to release Jonathan Pollard.”

But several extraordinary things happened during the press conference, that is, extraordinary in addition to what seemed to be a united front by the journalists who were cross-examining the State Department spokesperson as to why would the U.S. buckle under a demand from Israel to release a convicted spy.

First, a significant comment made by Harf was deleted from the official transcript. That deletion specifically appeared to confirm for the journalists that Israel was the party which had raised the release of Pollard, rather than, as was the general sense in the Israeli media, that it was the U.S. who raised the issue in a desperate attempt to keep the “peace talks” alive.

Reproduced below, is the first relevant section of the transcript of Tuesday’s briefing. Even before this question, it should be noted, the journalist asking this first series of questions claimed that it was Abbas who cancelled the meeting with Secretary of State Kerry, not the other way around, as it has been generally reported.

QUESTION: (at 2:55) Do you want to give us some kind of readout on how it was that the Pollard release was put back up on the table? I know there’s been a lot of conflicting information over the last week, when these reports first surfaced in the Israeli press. We’d like a little clarification on exactly when and why and how, and whether or not Pollard’s release is still on the table, given that Abbas looks like he – that is what’s making him negative on the process right now. (at 3:23)

MS. HARF: (at 3:24) Well, a few points on that. First, the President has not made a decision to release Jonathan Pollard. I want to be very clear about that. Jonathan Pollard was convicted of espionage and is serving his sentence. I don’t have any further update on his status to provide today. In terms of this being a topic, (at 3:38)

it should be uh no surprise that the Israelis have frequently raised Jonathan Pollard in our discussions, uh, uh, throughout the peace process or at large, but I’m not going to get (at 3:50)

AND THEN THE TRANSCRIPT AND THE AUDIOTAPE RESUME TRACKING:

(at 3:51) into any of the details of the discussions that they’ve had with Secretary Kerry. 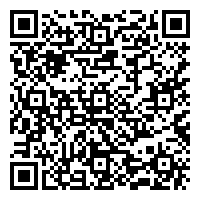