The Ohio State Legislature last week approved a bill prohibiting the state from signing contracts with any company that “engages in boycott, divestment, sanction (BDS) against Israel.”

HB 476, passed by a vote of 26-5 on December 8, opposes economic warfare that threatens the sovereignty and security of allies and trade partners of the United States, including Israel.


The bill received overwhelming bipartisan support as well as the endorsement of a broad coalition of grassroots community organizations, including StandWithUs, Christians United for Israel, The Jewish Federation, The Israel Project, and Israel Allies Foundation.

Austin Reid, a StandWithUs Emerson Fellow and student at Capital University, represented students who often feel the brunt of BDS activity on American campuses in his testimony before a Senate hearing on the measure.

“The true aims of BDS become clear when you listen to the movement’s leaders in their own words,” he said in his testimony, referencing a quote by pro-BDS author Ahmed Moor, who said plainly, ‘BDS does mean the end of the Jewish state.’ He also quoted Ronnie Kasrils, who said, ‘BDS represents three words that will help bring about the defeat of Zionist Israel and victory for Palestine.’

Likewise, he quoted As’ad AbuKhalil, who said, “The real aim of BDS is to bring down the state of Israel… That should be stated as an unambiguous goal.. There should not be any equivocation on the subject. Justice and freedom for the Palestinians are incompatible with the existence of the state of Israel.’

Reid told the Senate hearing: “Within the United States, some supporters of the BDS movement have taken to issuing threats of violence against persons or organizations advocating for open academic and/or business ties to Israel.”

He then offered several examples, and then pointed out, “It is clear that BDS is in no way conducive to a healthy campus environment.” 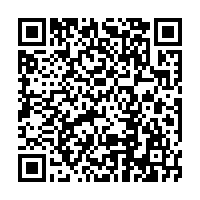