Arab terrorists from the Palestinian Authority were once again actively attacking Israeli motorists on various roads on Sunday.

Israeli motorists south of Jerusalem were attacked with a hail of rocks as they traveled along the northern bypass road around Kiryat Arba on Sunday afternoon.


None of the travelers were physically injured, but there was no information about the state of their vehicle.

In the center of the country, a driver reported in to Israeli security personnel at the Maccabi’im junction on Highway 443 that he, too, had been attacked. Highway 443 is also known as the old Tel Aviv-Jerusalem Highway.

The driver came under a hail of rocks as he drove near the Jewish community of Beit Horon.

Israeli drivers have often been targeted by terrorists in that area over the past year, sometimes with lethal results.

About an hour later, Arab terrorists hurled stones at Israeli motorists traveling on Route 557, near the Jewish community of Avnei Hefetz, as they traveled in the direction of the Te’anim checkpoint. 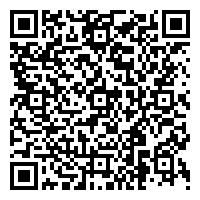