Forty-nine percent of the Haredi public use the Internet, acceding to an Israel Internet Association survey. These figures are higher than the normally acceptable stats for the Haredi users, but it still falls well below the rest of Israeli society, 88% of which are online.

Ninety percent of Haredim who do not use the Internet cite religious reasons. The others avoid the medium due to a lack of reliable screening, lack of interest, lack of skill, and lack, or breakage of computer.

Out of Haredim who do surf the Internet, 40% use a computer ort a smartphone; 56% use computer only; and only 4% get online strictly with their smartphones.

Kikar Hashabbat, which reported on the survey, noted that B’nei B’rak, with the highest percentage of Haredim in Israel, came in fifth in ordering products online. This fun fact was revealed some six months ago to a Knesset committee by Israel Post CEO Dan Goldstein, who said that “out of about 80 cities in Israel, B’nei B’rak is fifth in terms of the number of packages delivered by the Post Office, packages which arrive in Israel via Internet online e-commerce.”

So maybe more than just 49% of Haredim go online? And maybe the discrepancy between computer and smartphone use has to do with the fact that you can hide your computer in your basement, but when your smartphone beeps, the whole shul knows about it?

Which brings us back to the story we heard years ago from a Lower East Sider who bought a washing machine at Focus Electronics on 13th Avenue in Borough Park, but the salesman told him they were all out of washing machine cardboard boxes – all they had left were TV boxes…

What Has Corona Done For You Lately? 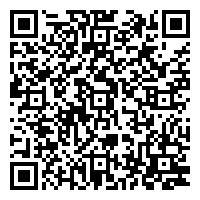