Anis Amri, the Tunisian terrorist suspected of killing 12 and injuring 50, ramming a truck into pedestrians in a Christmas market in Berlin this week, was killed by the police in a shootout outside Milan, Italy, Friday morning, following a furious, Europe-wide manhunt, Italian Interior Minister Marco Minniti announced. He explained that an examination of the body showed clearly that “the person killed, without a shadow of a doubt, is Anis Amri, the suspect of the terrorist attack.”

Amri, 24, who had spent time in prison in Italy, was stopped by two policemen during a routine police check in the Sesto San Giovanni neighborhood of Milan. When they asked him to show his identity papers he pulled a gun from his backpack and was killed in the shootout that ensued. One of the policemen was shot and was evacuated to hospital.

According to Italian authorities, Amri has used at least six different names and three nationalities since leaving Tunisia in 2011. His first stop in Europe was in Italy, where he served three and a half years for setting a fire at a refugee center. 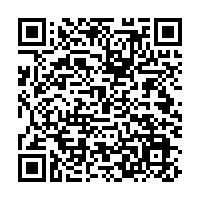