The American Jewish Committee (AJC) has issued a survey of American Jewish opinion, conducted by the research company SSRS based on telephone interviews from August 8 to 28, with a national sample of 1,002 Jews over age 18 and a margin of error of +-3.57%, showing the Democratic presidential nominee Hillary Clinton enjoys the support of 61% of the voters who identify themselves as Jewish. And although her opponent, Republican nominee Donald Trump, only gets 19% of the Jewish vote, Hillary’s figure is the lowest scored by a Democrat among Jewish voters since Jimmy Carter only took 45% of the Jewish vote against Ronald Reagan in 1980.

Only 51% of the American Jews surveyed identify as Democrats. 26% are Independent and only 18% Republican. The Green Party attracts 2% of the Jewish vote, the Libertarians, despite their admiration for the strong ideas of one Russian Jewish lady, only attract 1% of US Jews to their ranks.

US Jews are still more left- than right-leaning: 51% are Liberal or lean Liberal, 24% Conservative or lean Conservative. 23% say they are moderates.

How about that famous Jewish optimism about the future of America? Not a whole lot of it is left, apparently. When asked if their children would be better or worse off than their parents when they grow up, 39% said the kids better get ready for a worse future; 29% believe in a better future; 27% don’t see a big change coming in either direction.

A whopping 57% of the American Jews questioned identified anti-Semitism on US campuses a problem, 23% of them think it’s a very serious problem at that. Only 6% don’t see it as a problem at all.

Here’s a kind of nice surprise, although in an underhanded sort of way: only 15% of the Jews asked are married to a non-Jew. But wait, don’t celebrate yet: only 35% are married to a Jew, either from birth or a convert, and a full 49% are not married. In other words, close to half of the American Jewish community is probably not involved in promulgating the Jewish community.

52% of the Jewish respondents have never been to Israel (that percent goes up when you exclude the Orthodox – of which 85% have visited Israel), 21% have only been once. So that when they were asked what they think of the fact that Orthodox Judaism is the only denomination recognized by Israel as an official form of Judaism, and 48% said it “Weakens Israel’s ties with American Jews,” it’s likely most of them have not forged their opinions based on personal experience.

And when they were asked what they consider the most important change necessary in Israeli Judaism, and 41% answered, “Securing legal recognition of equality for all streams of Judaism,” that answer, too, was provided based mostly on op-eds and Facebook posts. Likewise when 74% insisted “legal recognition should also be extended to non-Orthodox weddings, divorces, and conversions,” this opinion was mostly theoretical. 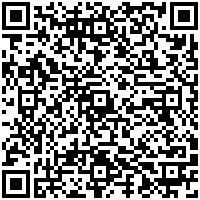