Sweden’s Jewish community has shut down synagogues across the country as a precautionary measure against a possible terrorist threat, the World Jewish Congress said.

The shutdown is expected to be temporary, but the threat of terror has swept Sweden. The Local website reported Friday that police are questioning a 25-year-old Iraqi man who was accused of plotting terror in the country.


The suspect is a member of a radical Islamic group, which was not identified.

Sweden’s terror threat level remains at ‘high” on Friday, the second-highest on a one to five scale.

“I think people are going to see a lot of police officers around today. We will see what comes out of interrogations and information, if there’s a reason to lower the level in the future. But it’s too early to tell,” national police chief Dan Eliasson told TT.

The chairwoman of the Official Council of Jewish Communities in Sweden, Lena Posner-Körösi, said that the security situation will be re-assessed on a daily basis. 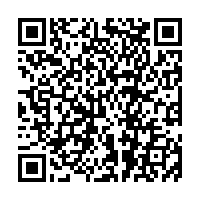