A Swiss panel of arbitrators has ruled that Israel should compensate the Iranian regime between $50 and 100 million for oil the remained in a pipeline in the Arava that both countries built in a joint project before the Islamic revolution in 1979.

The Marker newspaper reported that the decision, which is preliminary and subject to further hearings, was handed down a year ago but never was published. More claims are expected both from Israel and Iran before a final ruling is declared.


Iran, under the Shah, and Israel had close trade relations before the revolution, when the new regime stopped shipping Iranian oil that had been shipped Eilat and pumped through the Iran Eilat-Ashkelon Pipeline. Once in Ashkelon, the oil was loaded on to ships headed for Europe.

Israel took possession of 800,000 tons of oil that remained in the pipeline after Iran cut off relations with Israel following the revolution in 1979.

Iran sued for compensation 20 years ago for half of the value of the oil, whose current value is approximately $400 million, more than three times the value in 1979.

The Swiss panel stepped into the picture as an alternative to the agreement’s provision that Iran and Israel each appoint one judge to arbitrate in Tehran any disputes.

Obviously, the only way Iran would agree to an Israel arriving in Tehran for arbitration would be on condition that he do so on with pre-determined burial arrangements.

Israel has claimed that it does not own Iran a shekel, or in this case a rial. It argues that disputes must be settled by direct negotiations since the terms of arbitration are not clear.

Israel’s paying Iran millions of dollars would be the embarrassment of the century. Tehran would most likely headline that Israel is helping the Islamic Republic fund its nuclear development program.

If and when it obtains nuclear war, it will be said that Israel and Iran still are cooperating. 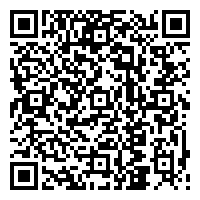