According to the official Syrian news agency SANA, “four soldiers were martyred and three others were injured, and some material damages were caused by an Israeli aerial act of aggression on some sites in the vicinity of Damascus.”

According to the Saudi channel Al Hadath, “the Israeli raids in the vicinity of Damascus targeted a shipment of weapons to Hezbollah.” The Saudi channel reminded its readers that “over the past years, Israel has launched hundreds of airstrikes in Syria, targeting Syrian army sites, Iranian targets, and Lebanese Hezbollah targets.”


SANA quoted a military source that said, “At about 12:41 AM on Wednesday, the Israeli enemy launched an aerial act of aggression with bursts of missiles from the direction of Tiberias targeting some sites in the vicinity of Damascus.”

The Syrian Army source said “the Syrian air defenses intercepted the missiles launched by the Israeli enemy and downed some of them,” adding that “four soldiers were martyred and three others were injured in the aggression which also caused some material damages.”

Said material damages being Iranian weapons that were smuggled to Hezbollah to be used against Israeli civilians.

The previous attack inside Syria that was attributed to Israel took place some two weeks ago. The Syrian army announced that the Israeli Air Force had attacked several positions in the western suburbs of Damascus from the northern Golan Heights. According to the military statement, the Syrian air defense systems were activated and intercepted some of the missiles. It was also reported that damage was caused to property, but no casualties were reported.

The day before, Syrian television reported on an Israeli airstrike on positions in the Damascus area. Explosions were reportedly heard in the western suburbs of the city. A shipment of Iranian-made advanced drones was reportedly attacked. Al Hadath reported at the same time that the Israeli attack on the outskirts of Damascus was aimed at Iranian anti-aircraft batteries and radar systems.

Closer to home, Israeli security forces operated Wednesday morning in the Jenin area, arrested wanted persons, and attached a demolition order to the home of the terrorist who murdered three Israelis in the prime of their lives in a pub on Dizengoff Street in Tel Aviv. Special force Duvdevan fighters arrested two wanted persons suspected of terrorist acts. At the same time, forces from Sayeret Golani and the Border Guard’s counter-terrorism Yamas operated in the village of Kabatiya and arrested three other wanted persons.

During the operation in Jenin, IDF fighters faced a violent disturbance that developed at the scene with the participation of dozens of rioting Arabs who fired weapons, set fire to tires, and threw explosives at the fighters who responded with gunfire. There were no casualties to our forces. The IDF said that a total of 12 suspects were arrested throughout Judea and Samaria during the night.

Al-Quds reported Wednesday morning that “Ahmed Massad, 19, was martyred, and 4 civilians were wounded, while the occupation forces stormed, at dawn today, Wednesday, the Jenin refugee camp in the northern West Bank.” The news outlet continued: “Our correspondent in Jenin stated that the martyr Massad, a resident of Burqin, southwest of Jenin, was shot in the head, and indicated that he was a freed prisoner who spent one year inside the prisons of the occupation.”

The same correspondent pointed out that “the occupation forces stormed the camp from several axes, and were preceded by undercover units who used Palestinian vehicles, as the resistance fighters confronted them and clashed with them.” 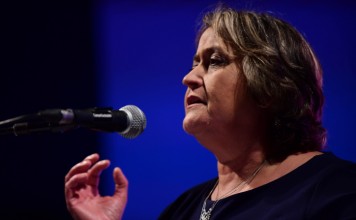 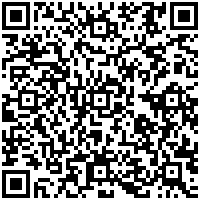