A consortium of private, industrial, and commercial Egyptian companies will buy at least $1.2 billion of natural gas from Israel’s offshore Tamar field, through the very same pipeline Egypt had used to send gas to Israel.

On Wednesday, the Tamar partners announced a seven-year deal with Dolphinus Holdings, with a minimum 5 billion cubic meters of natural gas to be sold in the first three years.

But Reuters cites an energy source in Israel who said the deal is likely to be more than three times higher, as Egypt has been facing an energy crisis.

The gas will run through the underwater pipeline constructed almost 10 ago by East Mediterranean Gas (EMG), which executed the Egyptian-Israeli natural gas deal killed by the President Morsi government, and attacks on the pipeline by Salafi terrorists in the Sinai.

A lot of water ran through the River Nile since.

Chairman of Delek Drilling Yossi Abu, said the deal highlights Israel role as “an energy anchor for countries in the region” and that the deal will “radically change Israel’s geopolitical status.”

The Dolphinus deal is subject to regulatory and other approvals in Israel, Egypt and from the East Mediterranean Gas Company (EMG). 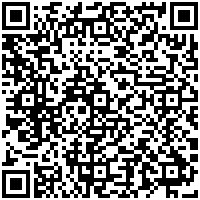