Ted Cruz has revved up his campaign to win the Republican nomination for the 2016 presidential elections with a speech calling for the government to cut off funds from universities supporting the Boycott Israel (BDS) movement.

He said at an event, attended by casino magnate and Republican party backer Sheldon Adelson and where he received the Defender of Israel Award at the Champions of Jewish Values International Awards Gala.


In 2017, we need a president who will stand up directly and confront the [Boycott, Divest, and Sanctions] movement. BDS is premised on a lie and it is anti-Semitism plain and simple. And we need a president of the United States who will stand up and say if a university in this country boycotts the nation of Israel than that university will forfeit federal taxpayer dollars.

Cruz’s tough talk may have jingled Adelson’s pockets, but it also is likely to scare moderate Republicans and drive down the drain any possible support from conservative-oriented Democrats.

BDS is a major threat to Israel, although so far it is more bark than bite, but trying to stop it with a Big Brother punishing universities for boycotting Israel would be a precedent to wholesale Big Brother thought control.

The Boycott Israel movement is a campaign of thoroughly twisted and hypocritical minds, but using the government to try to choke it to death could actual anger the bigots and give BDS more oxygen. The BDS’s general failure, despite its constant threat to Israel, leads it to self-asphyxiation.

Cruz is out in far right field in the crowded Republican campaign for the party’s nominee last year. Adelson may give Cruz lots of money, but the more than $100 million wasted to support Newt Gingrich for president in 2012 could have been better invested in a poker game.

As much as pro-Israel candidates delight most Orthodox Jewish voters and the Israeli right-wing, the election in 2016 is not going to be won and lost on the economy, the earn on terror and immigration. 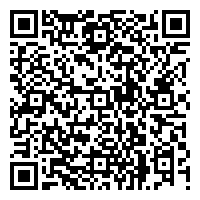