The Knesset plenum on Tuesday began its deliberations of the “settlement regulation” bill which retroactively legalizes close to 4,000 settler homes on private Arab property in Area C of Judea and Samaria.

The bill, which would provide market value financial compensation for the Arab landowners, in accordance with Israeli land laws, is scheduled to face its second and third readings — the two final votes required to become law — next Monday. It has already passed the first reading in the Knesset and gone to committee.


MK Nissan Slomiansky (Habayit Hayehudi), who heads the Joint Committee of the Knesset’s Constitution Committee and the Foreign Affairs and Defense Committee, which earlier in the day approved the bill for its second and third readings, presented it to the plenum.

“The purpose of this bill is to provide a solution for settlements in Judea and Samaria that were built with the encouragement of the state or in good faith, and were not aware that they are on private land,” Slomiansky told the plenum.

Opposition MKs slammed the legislation, with Merav Michaeli (Zionist Camp) saying, “We object to this bill which is devastating for the State of Israel. The Attorney General this government appointed has said it, and even the Prime Minister himself has said it.”

PM Netanyahu has, indeed, been on both sides of the fence regarding the new bill, but mostly, people in his circle explained, out of fear of retribution from the Obama Administration. Now, with a new tenant in the White House who appears much more understanding of Israel’s needs, Netanyahu declared himself on the side of the angels regarding the efforts to stop the uprooting of Jews in Judea and Samaria.

MK Ofer Shelah (Yesh Atid) said the Prime Minister is being dragged after the extremist faction of a certain parliamentary group in the coalition “to a law that he himself fears will lead us to the [International Criminal Court in the] Hague.”

The final draft of the bill places an immediate freeze on administrative proceedings against 16 Jewish communities for a period of 12 months. As the text stands, it does not apply to buildings that have received final demolition orders from Israeli courts, effectively excluding the outpost of Amona, which was being evacuated by thousands of police even as the Knesset debate had begun. Amona is set to be razed next Wednesday by a Supreme Court decree.

The proposed bill stipulates that settlement construction in Judea and Samaria that was carried out in good faith, without knowledge that the land was privately owned, would be recognized and approved by the government, provided the residents show some kind of state support in establishing themselves at the site originally. This support could in some cases be as minimal as having access to the public infrastructure (power, water, sewer, roads).

Under the terms of the bill, the government will be able to appropriate land for its own use if the owners are unknown. If the owners are known, they will be eligible for either yearly damages amounting to 125 percent of the value of leasing the land, a larger financial package valued at 20 years’ worth of leasing the plots, or alternative plots. 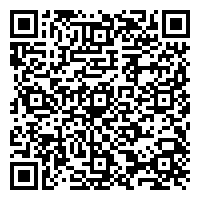