Arab terrorists attempted to kill Israeli security personnel in two communities located on the outskirts of Jerusalem on Monday afternoon. Neither attempt succeeded.

One of the attackers lunged with a knife in an attempt to stab Israeli security personnel in the Jerusalem Arab suburb of Abu Dis on at around 4 pm.


The terrorist was neutralized by Israeli security personnel on site.

A second terrorist also tried to carry out a stabbing near the Jerusalem suburb of Ma’ale Adumim, according to ZAKA first responders.

Security personnel opened fire in response to the threat, killing the terrorist in the process, according to the report.

Terrorist agitators in the Palestinian Authority called for a “Day of Rage” over the weekend to take place during the visit to Israel by U.S. President Donald Trump and his family.

It is possible the above attacks were carried out in response to the incitement by the Palestinian Authority-based terrorist group that called publicly for such actions, with no word of opposition or reprobation by the Ramallah government led by Mahmoud Abbas. 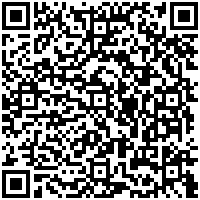