Two of the soldiers died immediately in the explosion, which at first appeared to be a roadside bomb. The other nine soldiers were shot as they tried to flee, the sources said. Two more soldiers were wounded, according to a report in the Egyptian newspaper Al-Youm al-Saba’a.


According to the report, the Al Qaeda-linked Ansar Beit al-Maqdis terrorist organization, based in Sinai, may be connected to the Islamic State. The group claimed responsibility for the attack on the 11 Egyptian soldiers.

In addition, the group has claimed responsibility for beheading four Egyptians last month. Four bodies that had been decapitated were found in the Sinai Peninsula; Ansar Beit al-Maqdis later said it had beheaded four Egyptians it believed were collaborating with Israel. It was the first time that beheading was made public in Egypt.

Links have also been found between Al Qaeda and the Muslim Brotherhood, which appear to have joined together in Egypt in attempts to topple the administration of President Abdel Fattah el-Sisi, who deposed Muslim Brotherhood-backed former president, Mohammed Morsi, in July 2013.

Egyptian border police reported they destroyed eight new tunnels in the Sinai Peninsula, raising the total to 1,718 destroyed to this point, according to the Al Ahram newspaper.

On Wednesday, terrorists shot and killed a 32-year-old Egyptian off-duty police officer in northern Sinai Peninsula. The officer was walking home from work in the provincial capital of el-Arish when the gunmen opened fire, killing him on the spot. It is not clear which terrorist group was responsible for the attack.

On Monday, two jihadists died during a raid at a farm in Sinai whose owner was suspected of shooting at military aircraft, according to sources quoted by the Aswat Masriya website. 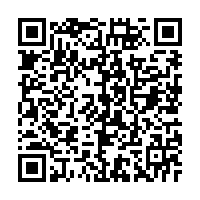