Arab terrorists attacked Israeli drivers traveling along Highway 31 near the village of Molada in the northern Negev on Saturday night, about five minutes east of the Bedouin town of Hura.

The attackers hurled rocks at the vehicles as they were passing by the general area of the village on the highway, which is set back from the road. None of the drivers or passengers were physically injured but vehicles were damaged in the attacks.

There have an increasing number of stone-throwing attacks aimed at drivers along Highway 31 since the start of the terror wave last October.

The Bedouin population in the northern Negev are all Israeli citizens who receive full government benefits as do Jewish Israelis. These include monthly stipends for each child under age 18 from the National Insurance Institute and subsidized health care and pharmaceutical products at health maintenance organization clinics (kupat holim). Many work at jobs in Be’er Sheva, Arad and at the Dead Sea.

An increasing number of families have sent their children on to higher education programs at Ben-Gurion University of the Negev. Some of the children go away to university programs in Jordan or Europe, and of those, a few return radicalized by those they met while abroad and are transformed into budding jihadists, to the deep shame of their families.

This segment of highway runs through an area that is entirely comprised of small Bedouin villages.

Molada covers 11,000 dunams on the southern side of Highway 31 and is home to the al-Atrash and al-Hawashla tribes. It falls under the jurisdiction of Al-Kasom Regional Council.

The uptick in rock-throwing and other attacks along this segment of the highway, and recently similar attacks closer to Arad, signals an ominous change in the local population. Younger men are no longer heeding the words of the Council of Sheiks and their parents who lived in peace with their Jewish neighbors have difficultly controlling their children.

Southern District police receive anonymous calls from Bedouin villagers quietly directing them to “find” a youth who “could be” on his way to Jerusalem for the wrong reasons — and countless attacks are averted, numerous Bedouin youths are redirected.

But some of the communities are also under closer scrutiny. One of those being carefully watched is the town of Hura, where terrorist cells linked both to Hamas and to Da’esh (ISIS) have already been found.

Hura is not the only one. Agitators from the Northern Branch of the now-outlawed Islamic Movement made their way straight to Kuseifa as well, another Bedouin town closer to Arad, at the start of the terror wave last October.

Within days, Arad residents were shocked to encounter stone-throwing attacks at the entrance to their city — an experience some had never had, one that others had not seen since the days of the second intifada more than a decade ago.

There are dozens of small Bedouin villages scattered among the rolling Negev hills all along Highway 31, the main artery leading from Arad to Be’er Sheva and other major cities. Jews are outnumbered in this region. 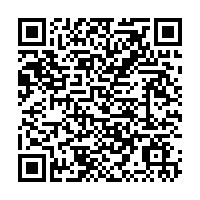