The White House has called on the Turkish government to “ensure full respect for due process and equal treatment under law” after riot police seized the offices of one of the largest newspapers in Turkey on Friday.

The violent crackdown is the latest in a series of moves over the past few years in the AKP government’s effort to control the media in Turkey. Although a member of NATO, Turkey has often behaved more like a member of the Arab League in its dealings with journalists and freedom of the press.


Police forced reporters out of their offices, beating some of them, while firing tear gas and water cannon on protesting readers as they forced open the gates to the building where Zaman and Today’s Zaman newspapers are headquartered.

“This is the latest in a series of troubling judicial and law enforcement actions taken by the Turkish government targeting media outlets and others critical of it,” White House said in a statement on Friday.

The paper’s Saturday edition defiantly warned “Yesterday marked one of the darkest days in the history of Turkish press” in its Saturday edition. Later in the day police used rubber bullets along with the tear gas this time to disperse a new protest. Demonstrators shouted in response, “Free press cannot be silenced!” An AFP photographer at the scene reported to Yahoo! the chaos involved some 500 protesters.

Sevgi Akarcesme, editor-in-chief of the paper’s English language ‘Today’s Zaman,’ tweeted on Saturday that all the Internet connections to the newspaper office were cut. “We are not able to work anymore,” she wrote.

The Istanbul Sixth Criminal Court of Peace ordered the confiscation of the newspaper’s offices after a petition by the Istanbul Chief Public Prosecutor’s Office.

The court had appointed trustees to seize control of the Feza Media Group, which includes the Zaman daily, as well as Today’s Zaman daily and the Cihan news agency.

All are alleged to belong to the U.S.-based preacher Fettulah Gulen, a former friend who became a rival-in-exile, bitterly opposed by President Recep Tayyip Erdogan and his ruling AK Party.

The moves came just two days in advance of a visit to Brussels by Prime Minister Ahmet Davutoglu for a pivotal meeting with European Union leaders. Turkey has for years been trying to secure membership in the European body.

Davutoglu dismissed questions over the seizure while on an official visit to Iran, denying any government connection. “They are certainly not political but [rather] legal processes,” he said in a statement carried by Turkish television. “Turkey is a state governed by rule of law… It is out of the question for either me or any of my colleagues to interfere in this process.”

But he then warned in a clear reference to the Gulen movement, “We should not shut our eyes to … a parallel structure within the state using the press and other tools [to promote its agenda.]” Ankara has accused Gulen of seeking to overthrow the government via what it refers to as the Fethullahci Terror Organisation/Parallel State Structure (FeTO/PDY).

In response, Davutoglu received his own polite caution in a statement by the European Union, with whom he is expected to meet in Brussels on Monday.

“The EU has repeatedly stressed that Turkey, as (an EU) candidate country, needs to respect and promote high democratic standards and practices, including freedom of the media,” the EU’s diplomatic service said in a statement. 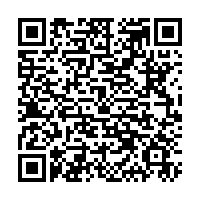