Unidentified terrorists blew up the natural gas pipeline in the Sinai once again on Sunday morning, cutting off supplies to factories.

The Islamic State ISIS) and ISIS-linked terrorists have made inroads in the Sinai, where the Egyptian regime has lost hundreds of soldiers and policemen in failed attempts to maintain stability in the region.


Egyptian media have reported that the ISIS branch in the Sinai “threatened to strike the Eilat Port, following coordination with Islamic State’s wing in Gaza,” where Hamas is trying to retain control.

The Islamic State also has made inroads in Asia as its threat to expand its radical Islamic terrorist empire becomes more real.

Sinai Bedouin and  the Egyptian government never have been on good terms with each other, but since the fall of Hosni Mubarak, accelerated with President Barack Obama’s support of the Arab Spring rebellion in 2012, terrorists have staked out most of the peninsula.

President Barack Obama might remain in the White House long enough to wish for the days of Mubarak. 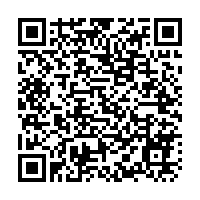