(JNi.media) A joint project of Weizmann Institute researchers and the Israel Antiquities Authority examining fava bean seeds exposed in archaeological excavations in recent years, in Neolithic era sites in the Galilee, sheds light on the dietary habits of people who lived in the area 10,000 years ago. The seeds found in the prehistoric sites indicate that the human diet consisted mainly of fava beans, lentils, various types of beans and chickpeas, the main ingredient in hummus.

The presence of many fava bean seeds in excavated Neolithic sites in the Galilee during the past few years is indicative their popularity during that year. The dating of the seeds at the Kimel center of the Weizmann Institute showed a range of dates of about 10,000 years before our time. These seeds, which were found in good condition in the excavations, were kept in storage silos after they had been separated from the shell. The seeds measurements show uniformity in size — indicating organized farming, with harvests when the beans reached maturity at the same time. According to the researchers, storing the seeds in silos is also indicative of long-term agricultural planning, when the seeds were being saved not only for food, but also to ensure future crops for the coming years.


According to the researchers, identifying where plant species which are now an integral part of our diet were first domesticated is of great importance for research. And it turns out that despite the value of cereals in our diet to the present day, it appears that in the area that has been examined, west of the Jordan River, the first domesticated plants were the beans, which were rich in flavor and protein.

The entire region was undergoing an agricultural revolution at the time: across the Levant different species of animals and plants were being domesticated, and it is now clear that the area of ​today’s Galilee was the main producer of legumes in prehistoric times. This was a process that lasted thousands of years, which has altered some features of the various plants, creating domesticated plant species. In fact, to this day the main growing area for hummus in Israel is in the Galilee. 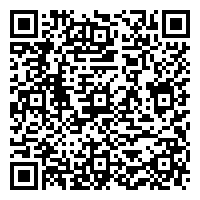