Nazareth (TPS) – The Shin Bet (Israel Security Agency) published on Thursday that it arrested three Jewish teenagers who allegedly torched a car in an Arab village last month and sprayed the words “price tag” and “revenge” in Hebrew, in response to a deadly terror attack in Tel Aviv.


The Nazareth Magistrates Court has extended the detention of two of the suspects until Sunday, while the third minor who is suspected of assisting the two others will remain under arrest until Friday. The prosecution intends to file an indictment next week.

The 15-year-old suspects, who were arrested on Sunday and Monday this week, allegedly committed the nationalistically-motivated attack in response to the terrorist attack at the Sarona market in Tel Aviv that killed 4 Israelis.

According to the police, the suspects confessed to committing the arson attack. The suspects also reportedly revealed during the investigation that they had already planned a revenge attack for a long time beforehand.

However, the suspects’ attorney Lior Bar-Zohar challenged the veracity of the reported confession, particularly due to the fact that they had been prevented from meeting with an attorney until Wednesday night.

“The heavy-handed, intensive interrogation combined with not meeting with an attorney and the fact that these are normative minors who have never been arrested, casts a heavy shadow on the confession,” said Bar-Zohar. “We expect the court to examine the admissibility of the confession and whether it is based on real evidence, or just on manipulations and threats by the interrogators.”

“Denying minors of the basic right to receive legal representation has become the norm in cases of property crimes such as this one,” said Honenu. “Unfortunately, we do not see the same level of determination in investigating the hundreds of incidents in recent months in which Arabs threw rocks and molotov cocktails at Israeli targets.”

Xmas Trees Set on Fire in Israeli-Arab City of Sakhnin 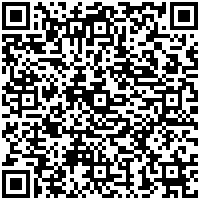