With the Pesach/Shavuos season in the past and the Yomim Noraim far-off in the future, we now find ourselves in the month of Tammuz. This time of year is the sadder part of the calendar, as we enter the season of the destruction of the Beis Hamikdash. But even as we mourn for what we have lost and yearn to regain it, we cannot stop growing in our avodas Hashem. Tammuz is not an exception to the rule with we have always worked – that every month has its own unique way in which we must come closer to our Creator. So what is the avodah of Tammuz? Come; we have a way to go.

Let’s explore this topic in the following manner. Where in the Tanach does it say the word Tammuz? You are probably aware of the fact that the five books of the Torah do not name the months but rather number them. The names we are familiar with (e.g. Nissan, Iyar, Sivan, Tammuz, etc.) originated in Bavel. Hence, we will find only a reference to our month’s name in the Prophets or in the Writings. A Tanach Google search, however, may yield confusing results. The word Tammuz is indeed found in the book of Yechezkel (Chapter 8). The Navi writes that Hashem showed him how the Jewish people had degenerated to such a degree that they brought idol worship into the Temple itself! “And [G-d] said to me ‘Enter and see the evil abominations that they commit here! So I entered and saw every sort of [idolatrous] image… all the idols of the House of Israel… [There were] seventy men… each one holding a censer [of incense which they were offering to the idols].” The Navi also describes the sun worshippers: “At the entrance… there were some 25 men… with their backs to the Sanctuary… bowing eastward to the sun.” Thus far we see all sorts of idol worship with which we are at least somewhat familiar. But now let’s look at verse 14. “[G-d] brought me to the gate… in the north, and behold, there were women… causing Tammuz to cry.” What is this supposed to mean? Isn’t Tammuz a month? How can it cry? And what does this have to do with idol worship?


Rashi steps in and explains that Tammuz was the name of an idol. The women would heat up the Tammuz until it was so hot that its lead eyes would melt, thus creating the impression that the idol was crying and begging to given sacrificial offerings. While this is definitely interesting, there are two major questions that still need to be addressed. The first question we alluded to earlier. Namely, the fact that our month and this deity share a name indicates that they share a commonality. What is that commonality?

The second question is as follows. The verse describing what Yechezkel saw regarding the Tammuz seems to be incongruous to what he was describing in the rest of the perek. As quoted above, Hashem showed Yechezkel all the idols that were being worshipped in the Temple. Hashem showed the incense being offered to the statues and how people were actually bowing down to the sun. However, we don’t see any description of the Tammuz being worshipped. All we see is how the women would work to create the illusion of the idol crying to be given service. But the pasuk does not describe the ensuing service occurring. Granted, what the women did was wrong. But why is this pre-idolatrous act included in Hashem’s list of abominations that caused His Presence to depart from the Temple? 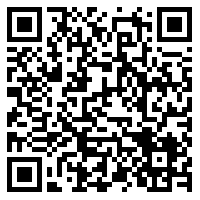