“I think it’s highly inappropriate that a United States Supreme Court judge gets involved in a political campaign, frankly,” Republican presumptive nominee Donald Times told the NY Times following a Monday interview with Justice Ruth Bader Ginsburg in which she confessed, “I can’t imagine what this place would be — I can’t imagine what the country would be — with Donald Trump as our president. . . . For the country, it could be four years. For the court, it could be — I don’t even want to contemplate that.” Ginsburg cited something her late husband used to say on such occasions, “Now it’s time for us to move to New Zealand.”

“I think it’s a disgrace to the court and I think she should apologize to the court,” Trump told the Times. “I couldn’t believe it when I saw it.”


Trump then tweeted early Wednesday morning: “Justice Ginsburg of the US Supreme Court has embarrassed all by making very dumb political statements about me. Her mind is shot – resign!”

But Ginsburg, 83, did not seem to shy away from a good bar brawl when she said about Trump on Monday, speaking to CNN “He is a faker. He has no consistency about him. He says whatever comes into his head at the moment. He really has an ego.”

Which could also be said about a Supreme Court Justice shooting her mouth off in the middle of a heated political campaign.

The Justice’s unusual outbursts have not been accepted with approval by the legal community. New York University law professor Stephen Gillers wrote a Times op-ed titled It’s Clearly Not Right for Justices to Say Which Candidate They Support: “Apart from judicial ethics, the structure of the U.S. Constitution makes the judiciary the nonpolitical branch of government. The executive and legislature are the political branches. Members of Congress and presidents have constituents and seek votes. Federal judges do not.”

“Why do we keep judges out of politics? To protect the rule of law,” Gillers continued. “We want the public to view judicial rulings solely as the product of law and legal reasoning, uninfluenced by political considerations. Acceptance of court rulings is undermined if the public believes that judicial decisions are politically motivated. It’s not that judges don’t disagree among themselves. But disagreements must be over legal principles, not a ruling’s effect on a political candidate or party.”

Stetson University law professor Louis Virelli said that “public comments like the ones that Justice Ginsburg made could be seen as grounds for her to recuse herself from cases involving a future Trump administration.”

“I don’t necessarily think she would be required to do that,” Virelli wrote, “and I certainly don’t believe that she would in every instance, but it could invite challenges to her impartiality based on her public comments.” 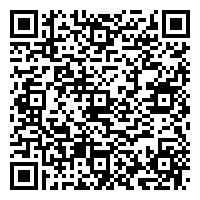