Rabbi Mordechai Goldstein, of blessed memory, dean of the Diaspora Yeshiva on Mt. Zion, Jerusalem, passed away Thursday following a debilitating illness that had him confined to a wheelchair in recent years.

Rabbi Goldstein, an alumnus of the Chofetz Chaim Yeshiva in Queens, and a colleague of the late Rabbi Shlomo Carlebach, was one of the pioneers of the T’shuva (return) movement, and for some 50 years his was among the primary yeshivas for returnees.


Rabbi Goldstein founded The Diaspora Yeshiva in 1965, in western Jerusalem, attracting young, largely secular followers from Israel and the US. Two years later, after the 1967 Six Day War, the yeshiva moved to the liberated Mt. Zion.

Unlike traditional Orthodox academies, Rabbi Goldstein’s yeshiva appealed to students who identified with the nonconformist beatnik and hippie subcultures, adopting a neo-Chasidic approach. Students were encouraged to keep their long hair and their musical instruments. Many students were professional or semi-professional musicians, and several musical collaborations were spawned in the yeshiva dorms.

In 1975, with Rabbi Goldstein’s support, Avraham Rosenblum, yeshiva student and rock guitarist who had started his own band in New York in 1970, founded the Diaspora Yeshiva Band. The band became an outreach instrument, using Jewish music in its rock n’ roll metamorphosis to draw young secular Jews into the milieu of Torah study. 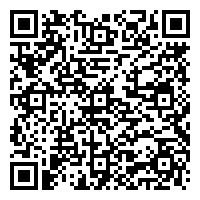