A coalition of concerned pro-Israel New Yorkers will be gathering Tuesday evening outside of the UJA-Federation building at 130 East 59th Street, between Park and Lexington Avenues, between 4:00 and 7:00 p.m.

The organizers say they are having the rally because every other effort the group has made over the past several years has failed to convince the UJA-Federation and the JCRC that people affiliated with organizations which support the boycott of Jews in Israel – anywhere in Israel – should not be given an official hecksher of “pro-Israel” bona fides by being welcomed to march in the Israel Day Parade in New York.


The theme of the group coalesced over time and became “It starts with boycotts.” That’s because the people whom the group does not want to be granted acceptance support boycotting Jews as a legitimate tool the pressure Israel to accede to their – not the voters of Israel, but their wishes in resolving the Arab Israeli conflict.

“It starts with boycotts of Jewish products, and ends with violence against Jews,” said Beth Gilinsky, one of the main speakers at Tuesday’s rally. Gilinsky emailed The Jewish Press Monday evening. She is a long-time Jewish and pro-Israel activist and is the founder and president of the National Conference on Jewish Affairs.

“At this time, perhaps more than any other time since the beginning of the Holocaust, when anti-Israel hatred, and anti-Semitic and jihadist violence, are surging across the globe, it is time for the Jewish community to demand that Jewish leaders show some backbone,” Gilinsky explained.

As two New Yorkers put it in a letter they sent to the head of the UJA-Federation, their objection to the inclusion of people who intentionally harm Israel in the Israel Day Parade is not a matter of restricting free speech.

“Please do not confuse our opposition to the inclusion of BDS groups in the parade with any attempt to stifle free speech. On the contrary, we have no objection to the right of people to state their positions,” wrote Benjamin S. Klapper, of Manhattan. “As Jews and supporters of the state of Israel we do not have to furnish the platform.”

All of the rally organizers repeatedly made clear that they support the good work that the UJA-Federation and the JCRC do, especially their services for indigent and elderly Jews. But they all felt very strongly that it is wrong to permit those who willingly harm fellow Jews, or give support to those who do, to march with those whose love for Israel means they will fight for it, not against it.

“We stand with Israel, against the anti-Israel, Arab-supported BDS movement which dehumanizes Jews, demonizes Israel and which, sadly, some dishonorable Jewish groups support,” said Beth Gilinsky, one of the main speakers at Tuesday’s rally. Gilinsky is a long-time Jewish and pro-Israel activist and is the founder and president of the National Conference on Jewish Affairs.

The BDS movement promotes economic and legal warfare against Israel by promoting the implementation of Boycotts of, Divestment from and Sanctions against Israel and Israeli leaders.

The sorest point between the rally organizers and the gatekeepers for the parade is in the definition of boycott. For the pro-Israel group, anyone prepared to support those who do, or who themselves use economic warfare against Jews are supporters of anti-Israel boycotts, whether the support is for a boycott of all of Israel or only of Jews living in Judea and Samaria.

For those who make the eligibility determination, groups like J Street and the New Israel Fund and even the Partners for Progressive Israel, which consistently partner with or who fund groups that promote Israel boycotts or who promote boycotts themselves, their pro-Israel bona fides comes from their claim to “support Israel as a Jewish and democratic state.”

Richard Allen, is the founder of JCCWatch. Allen is the main catalyst for the rally and the sustained effort to ensure the Celebrate Israel Parade includes only actual lovers of Israel. He explained to The Jewish Press that the UJA-Federation has been telling concerned donors that no BDS supporters will be marching in the parade.

“But that’s simply not true and they know that. Partners for a Progressive Israel march in the parade. That is a pro-BDS group,” Allen said.

A quick skip over to the Partners for a Progressive Israel website reveals that oh yes indeed, the group most certainly promotes the boycott of all kinds of Israeli products, including SodaStream (what would Scarlett say?), Ahava and, all told, more than a dozen products including wines, salads and spices made by Jewish companies. Most of which, by the way, employ Arabs at salaries far higher than the salaries at Arab-owned companies.

Joe Rapaport is a New Yorker who took the time to speak with John Ruskay, executive director of the UJA-Federation. Ruskay told Rapaport, that all the “groups marching in the parade have signed off that they are NOT in favor of BDS.” How to explain that position with the Partners for Progressive Israel’s proud affirmation of their boycott is difficult to understand.

But there is no need to attempt to reconcile those two contradictory positions, because the official  “2014 CELEBRATE ISRAEL PARADE – June 1, 2014 RULES AND REGULATIONS” makes no reference toBDS. The only requirement imposed on parade marchers is not even that they “support” Israel as a Jewish and democratic state, but that they “identify” with Israel as a Jewish and democratic state. No pledge is required, the statement just appears in the rule book.

Rapaport said that Ruskay also tried various hedges, like “the Federation does not decide who is in the parade, the JCRC does.” Ruskay conceded, however, according to Rapaport, that the Federation had the ability to influence the decision. Finally, Rapaport explained that Ruskay “jumped to the argument that to eliminate these [BDS supporting groups] would alienate big donors, specifically Bronfman.”

It always comes down to money, doesn’t it?

“I have received calls this week from members of the Jewish establishment accusing us of trying to stop the parade altogether,” Gilinsky said.

“Neither could be farther from the truth. We certainly want the Celebrate Israel event to succeed — just without promoters of the anti-Jewish, Hamas-backed BDS movement parading down Fifth Avenue!” 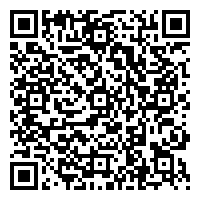