Turkey has offered to host the seven Egyptian leaders of the Muslim Brotherhood who were asked to leave Qatar.

Turkish media quoted President Recep Tayyip Erdogan late Monday as saying his nation would welcome the leaders if they wished to come to Turkey.


Erdogan, who leads the Islamist AK Party, made the remarks while speaking to reporters on his presidential plane during his return flight Monday from a state visit to Qatar.

Turkey has also been mentioned as a possible destination for Hamas politburo chief Khaled Meshaal, who it was rumored was also asked to leave Qatar. Hamas officials later denied the report published in a Tunisian newspaper, however, saying the group’s relations with Qatar were “passing through an extraordinary phase.”

One the Hamas terror organization’s greatest financial and strategic backers, exiled Hamas commander for Judea and Samaria operations Saleh Arouri is currently living in Turkey. It is Arouri who is believed to have been the true mastermind behind the abduction and murder of three Israeli teens in Gush Etzion this past June.

Arouri confirmed to a group of clerics in Turkey in early August that the Izz a-Din al-Qassam military wing of Hamas was responsible for the murders.

When he made that announcement he was sitting next to Qatari-based Yusuf al-Qaradawi. The Doha mega-preacher, a favorite on the Al Jazeera Arabic-language satellite television network, had organized the gathering. 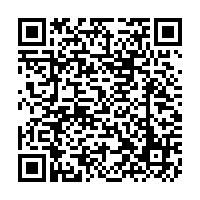