Israel has begun to get serious about cracking down on Arab attackers who are determined to harm Jews in Jerusalem and around the country.

On Monday alone, by 10 pm security personnel had recorded a total of 39 terror attacks carried out against travelers on the roads of Judea, Samaria and Jerusalem.


Most involved Arabs hurling rocks and firebombs at vehicles as they passed by. Such attacks can be lethal, and indeed have sometimes led to deaths or severe injuries.

Among the detainees were six children around 12 years old, who were suspected of hurling firebombs – also called Molotov cocktails – at Jewish homes in the mixed southern Jerusalem neighborhood of Abu Tor. Four teens confessed to hurling firebombs at police and security personnel in the Jerusalem neighborhood of Silwan and elsewhere in the city, citing their “hatred for Jews.”

Three other teens were detained on suspicion of hurling rocks at the Jerusalem Light Rail, which has sustained damage to about half of its passenger cars due to constant attacks – most in the northern Jerusalem neighborhood of Shuafat.

“The Jerusalem Police will continue its determined and uncompromising activity and lay its hand on whomever is involved in the rioting in the city, and will act to bring them to justice,” the police said in a statement. More arrests are expected.

In fact, the Jerusalem District Police have apparently been kept far busier in recent months than those in Judea and Samaria, according to data published by the Hebrew-language 0404 website.

Within the past two months, Jerusalem police have arrested more than 700 Arabs suspected of hurling rocks and firebombs and other terrorist activity in the Jerusalem area. So far charges have been filed against 250 of those suspects who were detained.

Widespread arrest operations have taken place in Arab neighborhoods where rioting has occurred. Among those is Shuafat, where massive demonstrations and violence utterly destroyed the infrastructure and equipment for three of the stops on the Light Rail line.

For the past two weeks, all vacations for police officers were cancelled. The number of arrests in Jerusalem has also been double those carried out by the IDF in Judea and Samaria over the past two months. 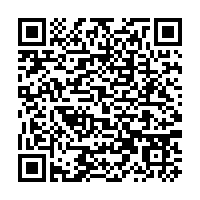