As known to all, Turkish Prime Minister Recep Tayyip Erdogan’s declaration that “just like Zionism, anti-Semitism and fascism, it becomes unavoidable that Islamophobia must be regarded as a crime against humanity”—have infuriated Jews around the world.

In his live broadcast on the A9 TV Channel, prominent Turkish Muslim leader Adnan Oktar called on Erdogan to clarify that he did not intend to question the right of Jews to live in the land of their forefathers, nor their existence as a sovereign state with his statement in Vienna.


Here are the comments made by Oktar, who for several years now has been hosting meetings between Israeli and Turkish political and religious leaders:

“They [the Jews] also interpret Zionism in a number of different ways. If our Prime Minister explains what he means when he refers to Zionism, then they would be at ease.

“The Zionism that Mr. Prime Minister is referring to is born by the mentality of some anti-religious Jews. But genuine and devout Jews are strongly opposed to such a belief, they do not accept it. They regard Muslims as Noahide; as people of Prophet Noah. They don’t see Muslims as infidels, but as people of faith.

“Prime Minister Erdogan would by no means oppose their Zionism in that sense, and if he personally clarifies some matters, that would prevent him from being misunderstood. So we kindly request Prime Minister Erdogan to explain as soon as possible what he meant when he referred to ‘Zionism.’

“If explicitly stating that one respects Israel’s right to exist in the region is ‘Zionist thinking,’ then that would surely not bother the Prime Minister.”

“I address my Jewish friends; we cannot harbor any thoughts that will go against your beliefs. We would not say anything that will offend you. That is to say, we would definitely not oppose your beliefs or question the idea that Israel is allowed to exist. You may ask me, ‘You are saying this, but that person stood up and made such a statement, and this offended us greatly.’

“My response to this is the following: We have a government and so does Israel. We have relations with many countries in the world.

“Right now, Turkey surely doesn’t purport to be a global actor, but in world politics and in pursuit of the solution to global crises concerning world peace, Turkey is a stronger country than she used to be in the past.

“She is a country whose words are heeded and honored. Every government is free to criticize another about some certain issues. Just as the Israeli government can readily criticize the government in Turkey today and in the past, we might have also criticized the Israeli government and the administration there. I believe that we have done this.”
Arınç said that governments are criticized or appreciated by looking at their programs and activities, and added, “Be assured that our Prime Minister and ministers have not uttered any words that would go against your holy values. I personally guarantee this to you.”

“However, we have made the severest criticism of some practices of the current and the former Israeli governments and we may also do so later. This may come from the fact that they go on establishing new settlements when we ask them not to establish them. We can ask them, ‘Why do you bomb Gaza?’ or ‘Why don’t you allow the existence of Palestine within secure borders?’ We can say this when she bombs Lebanon. We can express anything we consider to be an error the Israeli government responsible for. Please don’t reproach us for this. “But we can never question the foundation for Israel’s existence. We will definitely never defame the holy values of Israel, of the Jewish people. From now on, there will be no words, no acts that will sadden you.”

Arınç asked his audience to have faith in his words. He said that Israel is an important country, but so are Turkey, Germany and France. He added that Turkey aims to keep the gates of dialogue open and wants to establish peace by diplomatic means and solve the problems besetting the region. 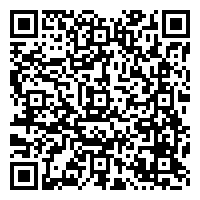